ODK Aggregate is no longer being updated. Please use ODK Central instead.

Certain changes which don't involve adding or removing a question can be made without needing to replace the existing forms. The kind of changes are:

For such changes you can update the version and re-upload the form.

Form version in XLSForm is a string of up to 10 numbers that describes this revision. Revised form definitions must have numerically greater versions than previous ones. A common convention is to use strings of the form yyyymmddrr. For example, 2017120701 is the 1st revision from Dec 7th, 2017.

If you want to make the following changes to the above form:

These changes can be made as:

You need to use the same filename when generating newer versions of your form since the XLSForm converter uses that filename in creating the form structure which is used by the server to help determine uniqueness.

In the examples below, we use different filenames for version upgrade since unique filenames are required for uploading files to the documentation website.

Due to different XLSForm filenames in these examples, the generated XForms will have different instance definition as follows:

These are the .xml files for the above forms:

These are the .xlsx files for the above forms:

When a user tries to get new blank forms, a form with updated version will be selected by default in the list and will contain an additional message to indicate it's an update. 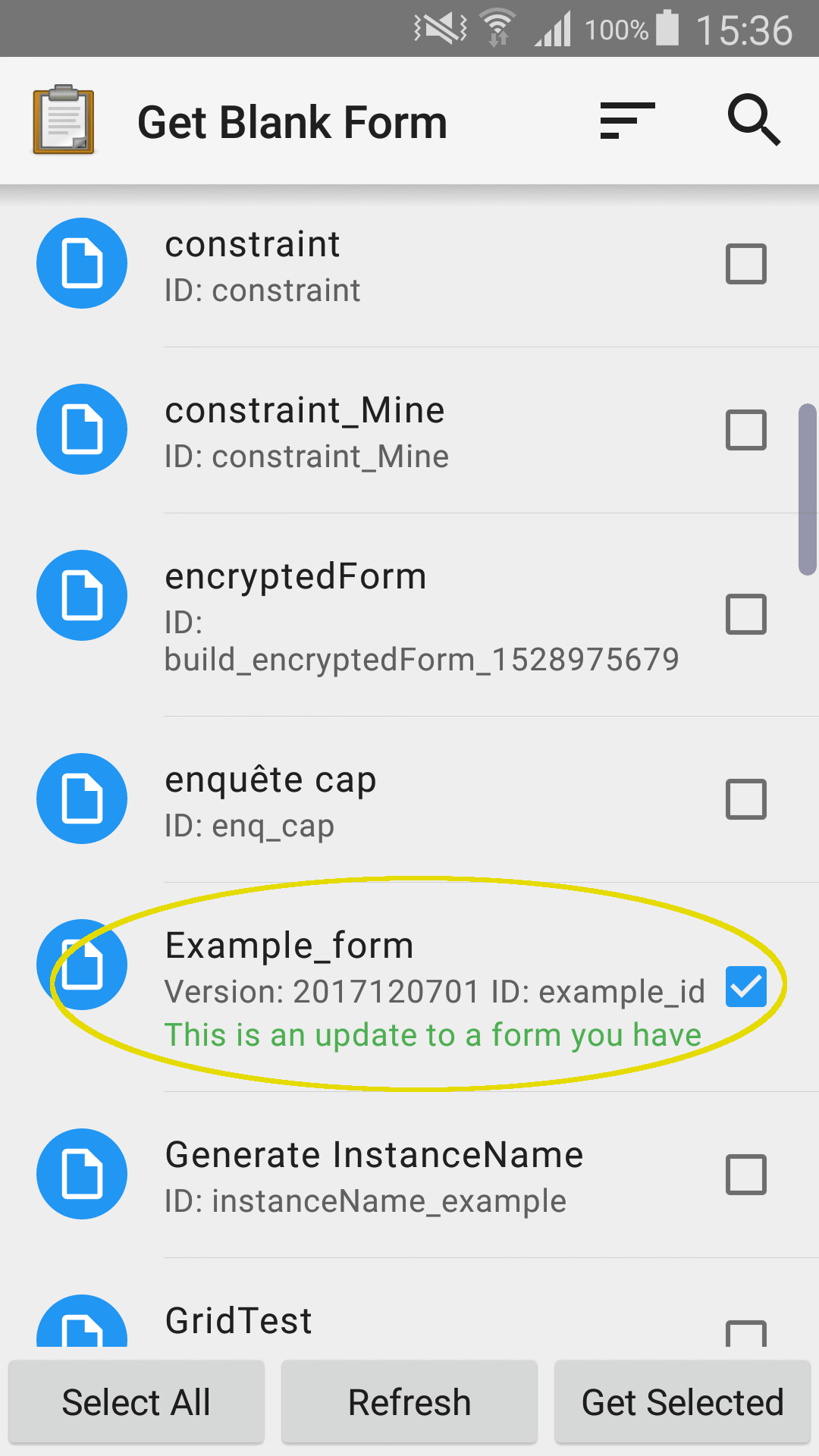 Both versions of the form will exist in the device of the user but only the newer one will be visible on the list. Thanks to that the user will be able to edit forms he has started using the older version and upload them to the server, but new forms will be started using the newest available form version.

If you need to make deeper changes like changing question type, name, form id, form title etc then you will need to create a new form with the required changes.

Once you will modify your form, the data you will collect will be stored under that new form. However, you do not need to delete the previous form, instead, you may change the name of the new form. For example, if you had form name as Example_form, the revised form can be named as Example_form_1.1. Additionally, on your Aggregate restrict the previous form by unchecking Downloadable and Accept Submissions options.

If you make changes like changing a question type or name with the same form id and title and update the version, you won't be able to re-upload the form. Aggregate will reject the form upload with an error message. 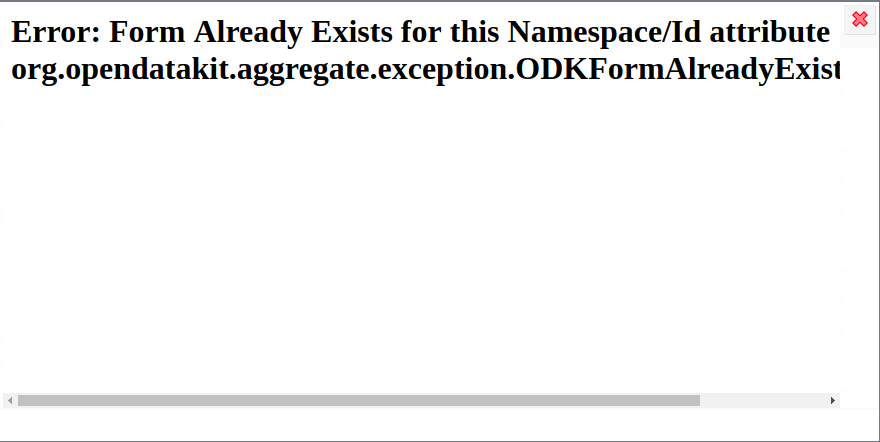