To add additional languages to your XLSForm, add columns of user-facing content with language-specific columns. All columns representing user-facing text or media can be multi-lingual:

Each language column adds two colons and the language name, followed by the two letter language code in parentheses. For example:

The text shown in Collect's user interface (e.g., buttons, menus, dialogs) is controlled by application, not the form. See user interface settings for how to change the interface language. 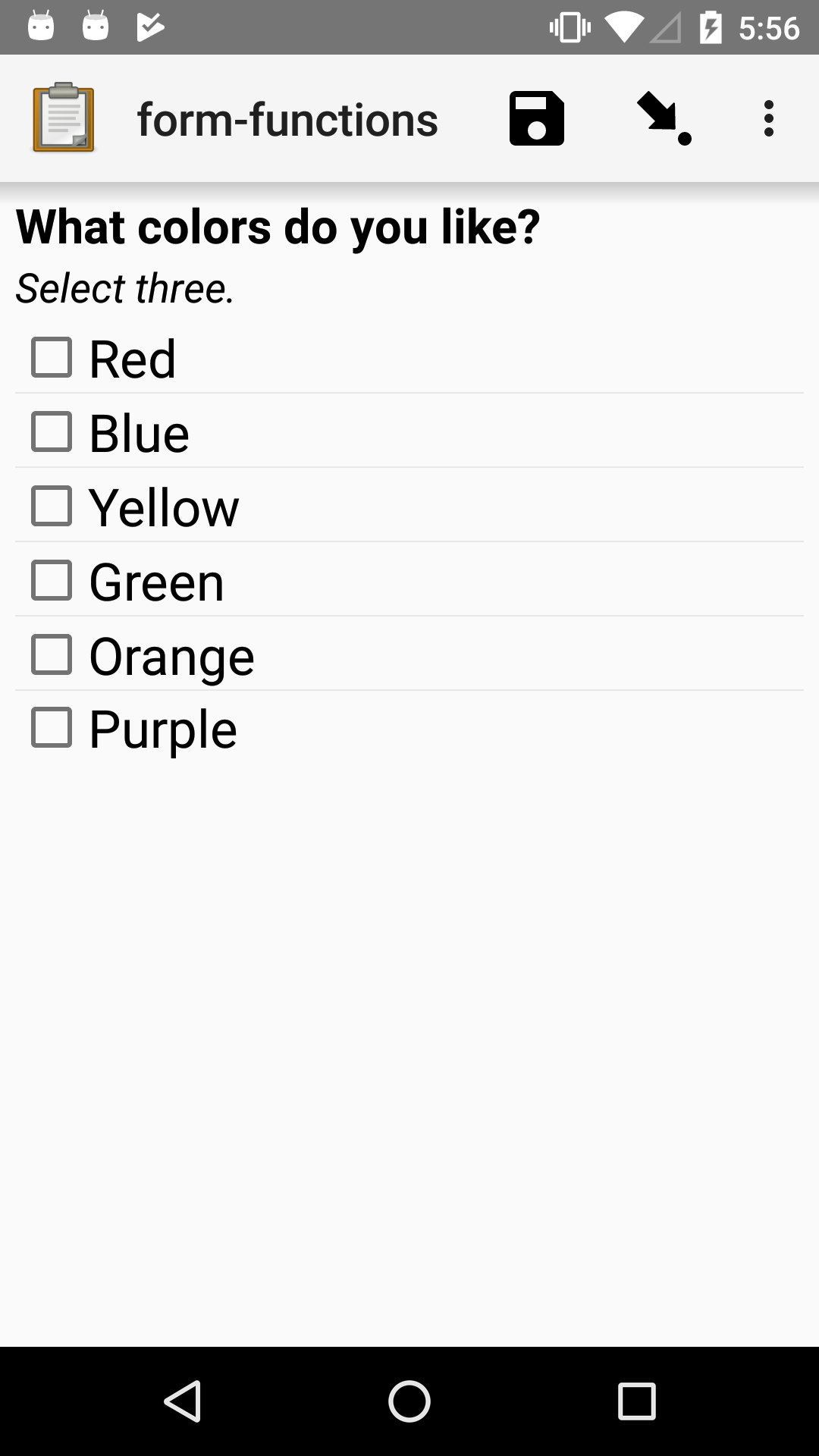 There is no fallback language.

If you have specified languages for a column, the non-specific version of that column will be treated as if it were a separate language. (The Change Language menu will list it as Default.)

To avoid this, all columns that can be made multi-lingual need to be created as such for a multi-language form. For example, even if using the same image for a question prompt you will need a media::image::* column for each language. However, you may provide the same media filename for each.

Blank cells in a language-specific column will be blank in the form when that language is active, even if the "default" column has a value.

If your form defines multiple languages and you know most of your data collectors will need to use the same one, you should set an explicit default language. You can do this in your XLSForm's settings sheet:

Otherwise, Collect will default to the first language defined.

To switch between available languages on a form, go to ⋮ ‣ Change Language.

Collect will remember the last language you switched to on a form, even if you switch device language.

Changing the form's language display will not change the device language. If you are in a context that requires switching languages often, make sure you know where to do this in your device's Settings menu.