ODK Briefcase is no longer being updated. If you're using Briefcase for CSV exports, data decryption, or automation, use ODK Central instead.

ODK Briefcase is a desktop application that runs on macOS, Windows, and Linux. It is used for pulling, pushing, and exporting forms on ODK servers such as ODK Central and ODK Aggregate. You can also use Briefcase to pull forms directly from ODK Collect.

With Briefcase you can: 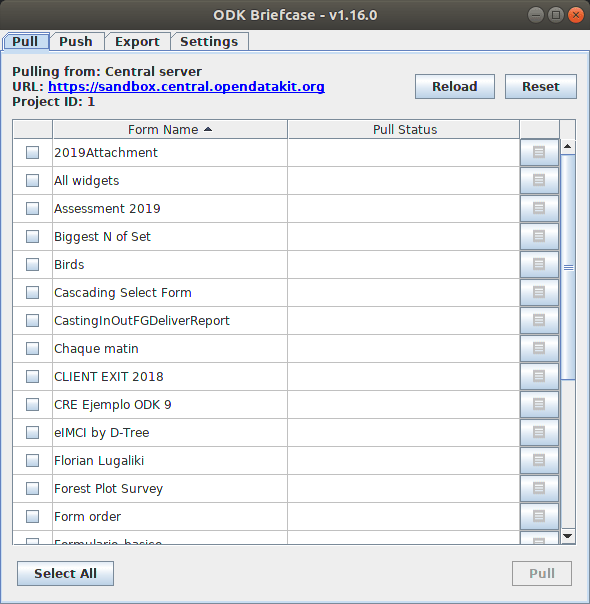